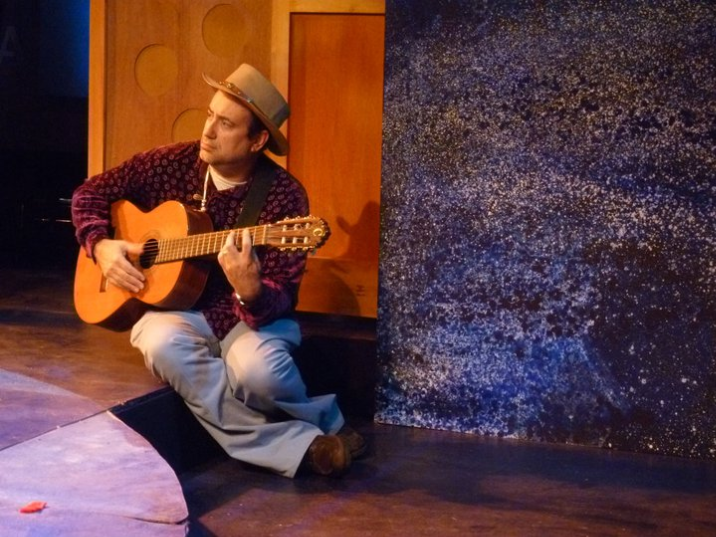 "Over the course of my life, I've been involved in religion, politics, and art. Of the three, I've found artists can be the most truthful." (Richard Rossi)

Richard Rossi is a 21st century Renaissance Man.  This is not a title that he gave himself.  It was given to him by his many fans, and by his artistic peers, among whom he has no equal in the superlative diversity of his creative gifts as an entertainer, actor, novelist, filmmaker, musician, singer-songwriter, comic, painter and poet.  Like a cat with nine lives, Richard has had a number of varied experiences and expressions.  Richard is reborn every day.

KDKA's Rick Bergman, in a recent hour-long special interview with Mr. Rossi said "Everything you have touched as an artist has turned to gold, with no formal training to speak of, you just went to California and started making movies and writing an acclaimed novel.  It's truly phenomenal."

How did Richard come by the title "Renaissance Man"?  The old-fashioned way.  He earned it as a multi-medium artist alternating between art forms.  No one else has done what Richard has done, such as making movies on a shoestring and seeing his first film "Saving Sister Aimee," Academy Award-considered in the short film category, and his  first feature "Sister Aimee: The Aimee Semple McPherson Movie" winning the #1 spot on the IGFA list of the 100 Greatest Guerrilla Films Of All Time and nominated for Best Feature in Milan.

His first-ever music CD "Seasons Of My Heart: The Stick Man Soundtrack" reached best-seller status the first day it was released, and reached #11 on Amazon's Top 100 list.

His critically-acclaimed coming-of-age novel "Stick Man" within a month after it's release was voted one of the greatest coming-of-age novels since Catcher In the Rye and made recommended reading lists worldwide, including NPR and Goodreads.

His 2021 film "Canaan Land" (based on his novel), made the finalized Oscar list for Best Picture, and five of his original songs were up for Best Song.

There has never been one like Richard Rossi before, and there will never be one like him again.

Richard became a performing artist at an age when most children were just starting to learn to read, playing guitar on stage at age seven and wowing audiences with his jazz renditions of classic songs like "Somewhere Over the Rainbow." (picture below) 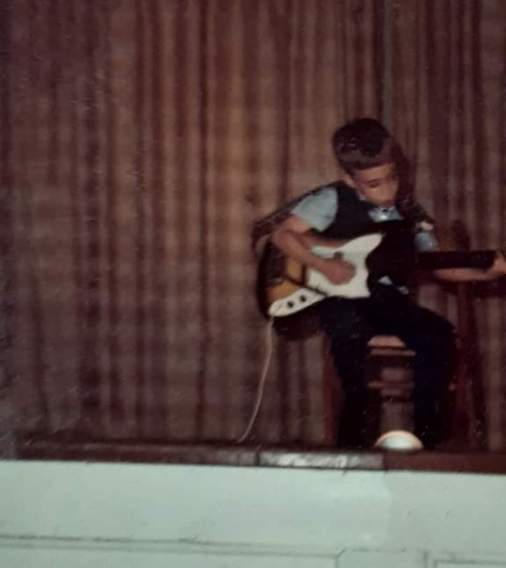 Born on March 2, 1963, Richard is the oldest of five musical children (siblings are Tony, Joe, Pete, and Beth), and he had professional musician parents, Richard Sr. and Dorothy.  The Rossi family performed regularly in the bars and clubs of their hometown of Pittsburgh, Pennsylvania.  As a teen, Richard also acted in films shot in Pittsburgh such as "The Fish That Saved Pittsburgh."

In 1980, Richard formed a duo with his best friend from high school, John Walker, and soon "Walker and Rossi" were performing their original folk rock songs on national TV on the 700 Club and in a CBS documentary entitled "Teens Songs Reflect Positive Outlook."  Lynda Guydon of the Pittsburgh Post Gazette compared them to Simon and Garfunkel and called them "poets of song."  Their music was played on the radio and they toured for several years, performing at high schools, colleges, and churches.  Richard's music from this period was featured on the album "New Wine" (aka "The Kingdom Is Near") and on the Walker and Rossi record "The Ballad of Johnny Walker."

In 1984, Richard met and married his wife Sherrie in Lynchburg, Virginia.  Sherrie saw Walker and Rossi perform there at Liberty University, where they were given a standing ovation by the audience of 5,000.  "Of course, that made quite an impression," Sherrie said.  "Richard was so real and down-to-earth and he had a way of reaching youth with music that was amazing."  Richard and Sherrie moved back to Pittsburgh in 1986.  Richard reached out to his hometown, performing concerts and facilitating healing services as a guitar-playing maverick minister in Pittsburgh venues such as the nightclub Graffiti, Station Square, and Soldier's and Sailors, drawing crowds of several thousand.

In 1988, Richard and Sherrie became parents for the first time.  Their daughter Karis was born.  Richard was reading the Bible in the original Koine Greek and came to a verse that said "By grace ("Karis" in Greek) are you saved."  He suggested the name to Sherrie who loved it.  In March of 1991, their second child, son Joshua was born.  Together,

Richard, Sherrie, Karis, and Joshua hosted dinners for the homeless and Richard hosted his popular talk-show "Richard Rossi Live" during evening drive time from 5:00 to 7:00 p.m.on WPIT-FM until the station was sold in 1992. The show now airs internationally on Blogtalkradio at the link: http://www.blogtalkradio.com/richardrossi

Richard formed partnerships with African American ministers like Rev. James Lattaker and Rosalee Watkins and founded the Multi-Cultural Community Coalition to combat racism.  Richard's ministry was featured on TV in a FOX documentary, and on TV shows like American Journal, Hard Copy, Inside Edition, Nightline, A Current Affair, Jerry Springer, CNN, and in newspapers like USA Today, The LA Times, the Seattle Post Intelligencer, Pittsburgh Press and Post Gazette, and the Associated Press.  Richard's sermons were thespian, an art-form foretelling his future as an actor.

Richard released his second album "Full Circle" (aka "Without Her Love") in the fall of 1995, an alternative rock classic album exploring the depression and dark times he experienced.  He performed the material in secular venues, crossing over beyond the gospel rock fan base of "New Wine" (aka "The Kingdom Is Near")  The Full Circle album influenced and inspired many musicians who cited it as one of the most refreshingly raw and real records of the 1990's.

In 1996, Richard and his wife Sherrie and their two small children, Karis and Joshua, relocated from Pittsburgh, making a three-thousand mile journey to Hollywood, California.  "Renaissance" means "reborn" in French.  Richard was reborn spiritually through his faith as a youth and he expressed this in his creative and cutting-edge ministry meeting the needs of others with grace, compassion, and understanding.  He was reborn a second time artistically through his move to California.  He returned to his roots, freely exploring his childhood creative interests and passions.  Art became Richard's ministry.  In 1998, Richard took acting classes with another Pittsburgh native, legendary acting teacher Milton Katselas, and soon Richard was working as an actor, appearing on hit TV shows like Ally McBeal and Gilmore Girls.

Richard was given the rights to perform the Pulitzer Prize and Oscar-winning story of evangelist Elmer Gantry on stage.  Richard played the lead role and directed his version of the play at the famed Stella Adler Theatre in Hollywood, garnering laudatory reviews that said, "Richard Rossi's performance is stellar and carries the play single-handedly." (LA City Beat)  Richard's research revealed the Gantry play was inspired by the famed female faith healer Aimee Semple McPherson.  This led to Richard's writing, directing, and acting in his films on Sister Aimee ("Saving Sister Aimee" in 2001 and "Sister Aimee: The Aimee Semple McPherson Story" in 2006)  that he made as an allegory for his former life and experience as an evangelist in Pittsburgh.  Sister Aimee, like Richard, was artistic in her ministry, falsely accused in the tabloids, was front-page news, and a favorite of Hollywood.  Variety, The Hollywood Reporter, and Associated Press reported Richard was offered the role of Elmer Gantry in a remake of the Oscar-winning classic, but Richard backed out of the project, choosing to make the two Aimee films instead.

The Rossis created Eternal Grace, a ministry to actors and artists who endure similar challenges.  Richard knew what it's like to be chased by paparazzi, so he ministers to celebrities victimized by stalkers, slander, and media harassment.  ABC Entertainment News called Richard "Pastor to the Stars" when it leaked out that he was the confidant and advisor to the biggest names in show business.

Richard released several books over a short span: his first novel, "Stick Man" a controversial coming-of-age story about a boy growing up in Pittsburgh, along with the novel's musical soundtrack featuring Richard's singing and playing his original songs, published a self-help book entitled "CREATE YOUR LIFE" to encourage people to get in touch with their creativity, his third book "Sister Aimee: The Aimee Semple McPherson Story" which contains his thoughts on the famed female faith-healing evangelist and also Richard's screenplay from his feature film about her. His recent novel "Canaan Land" became a 2021 film.

In 2017, he started shooting his latest feature "Canaan Land," starring Richard as an Elmer Gantryish evangelist and co-starring Rebecca Holden as Sister Sara Sunday, a female faith healer. RR's novel "Canaan Land" was released in Spring, 2020, in paperback, Kindle, and audiobook.  The film version was released in 2021.

Richard has this to say when asked about his sensational success in show business:

"Inside me, I feel like a kid playing and using my imagination.  I'm shocked my art is selling so well, and I'm grateful.  I encourage everyone who loves what I do, that you too, can connect with the Creator and with creativity.  God loves you unconditionally.  He wraps up talents in the bundle of every baby that is born.  We are all created in the image of the Master Artist.  Even if we never use our talents, He deems us no less precious.  We are all artists and our lives are works of art.  Our creativity is a part of divine creativity.  The talents we have are gifts.  When we take those talents and make something, it is our gift back.  Art is a ministry and ministry is an art." 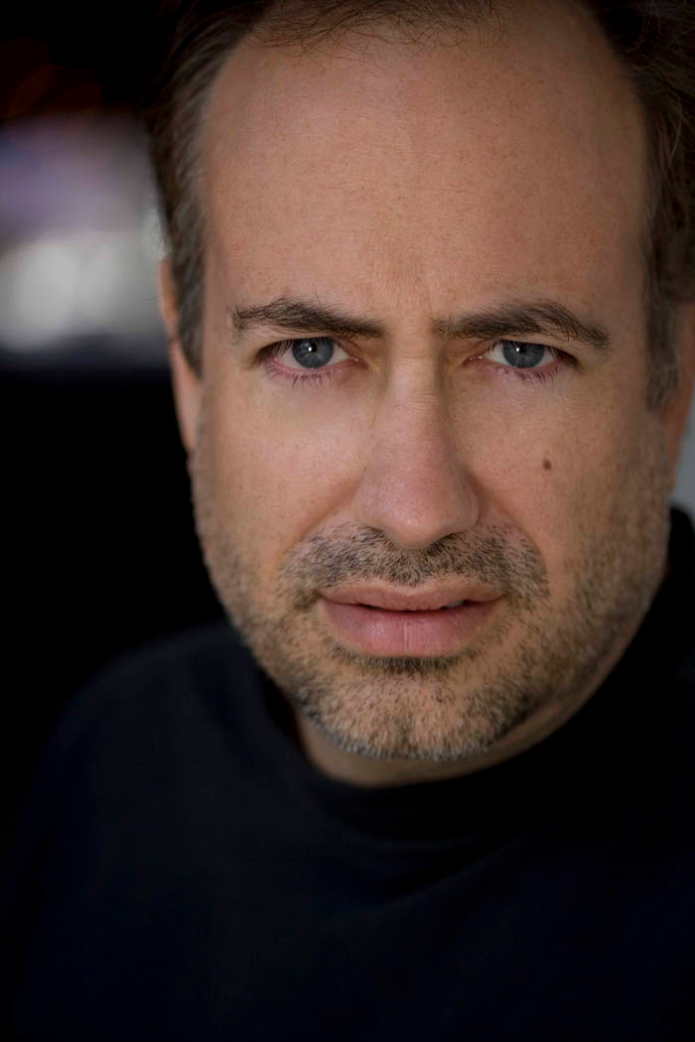